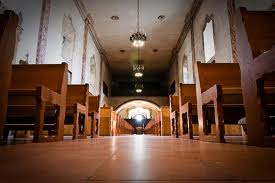 We believe that what some refer to as the “emerging church” is a movement of the Holy Spirit (ruach ha-kodesh; רוח הקודש). Movements are the energy-building stages of things, before they become monuments, museums, or machines. In the last sixty years, several significant events have taken place, both within and alongside the various Christian churches, to foster this movement. Spiritual globalization is allowing churches worldwide to profit from these breakthroughs at approximately the same time, which of itself is a new kind of reformation! No one is directing, controlling, or limiting this movement. We are all just trying to listen together. It is happening almost in spite of all of us—which tells me the Spirit must be guiding it.

The advancement of human information, knowledge, understanding, wisdom and transformation is beyond a doubt contributing exponential increases in human potential. The empirical and philosophical studies of past centuries manifest into a supernova of scholarly advancement. Combine that with the speed of access of information, especially with the internet, we are now able to learn almost any subject from any and all areas of the world today. Thus today any form of ignorance can be considered culpable ignorance. This isn’t a judgment but a description of the level of human understanding. There are approximately twelve crucial Christian doctrines that are under-developed, unhealthy, and incomplete (Hell, Incarnation, Christ, Kingdom of God, Love, Prayer, Repent (metanoia), Sin (harmatia), Transformation, Trinity, Darkness/Death, et al). Scholarship is now available to have a healthy and whole perspective of these doctrines.

Contemplative Interbeing offers introductory and full session workshops.
Contact us for more information.
Below are expanded descriptions of some of our most popular conversations.

Christ
Christ is more than Jesus’ last name. Jesus is a person whose example we can follow. Christ is a cosmic life principle in which all beings participate. The incarnation is an ongoing revelation of Christ, uniting matter and spirit, operating as one and everywhere. Together—Jesus and Christ—show us “the way, the truth, and the life” of death and resurrection. Most know who Jesus was, but who was Christ? Is the word simply Jesus’s last name? Too often, our understandings have been limited by culture, religious debate, and the human tendency to put ourselves at the center. Drawing on scripture, history, and spiritual practice, this conversation articulates a transformative view of Jesus Christ as a portrait of God’s constant, unfolding work in the world. God loves things by becoming them and Jesus’s life was meant to declare that humanity has never been separate from God—except by its own negative choice. When we recover this fundamental truth, faith becomes less about proving Jesus was God, and more about learning to recognize the Creator’s presence all around us, and in everyone we meet. Thought-provoking, practical, and full of deep hope and vision, The Universal Christ is a pinnacle conversation and an invitation to contemplate how God liberates and loves all that is.

Join us for this four hour conversation toward the deep love of Christ which is every thing.

Trinity
The Trinity is supposed to be the central, foundational doctrine of our entire Christian belief system, yet we’re often told that we shouldn’t attempt to understand it because it is a ‘mystery’. Should we presume to try to breach this mystery? If we could, how would it transform our relationship with God and renew our lives? The word Trinity is not found in the New Testament-it wasn’t until the third century that early Christian father Tertullian coined it-but the idea of Father, Son, and Holy Spirit was present in Jesus’ life and teachings and from the very beginning of the Christian experience.

In this three part (3 two-hour sessions) conversation we explore the nature of God-circling around being an apt metaphor for this mystery we’re trying to apprehend. Early Christians who came to be known as the ‘Desert Mothers and Fathers’ applied the Greek verb perichoresis to the mystery of the Trinity. The best translation of this odd-sounding word is dancing. Our word choreography comes from the same root. Although these early Christians gave us some highly conceptualized thinking on the life of the Trinity, the best they could say, again and again, was, whatever is going on in God is a flow-it’s like a dance. But God is not a dancer-He is the dance itself. That idea might sound novel, but it is about as traditional as you can get. God is the dance itself, and He invites you to be a part of that dance. Are you ready to join in?

Love
Often we confuse love as forms of romance, valentines, and attraction. For love to be true love, it must contain compassion, joy, and equanimity. For compassion to be true compassion, it has to have love, joy, and equanimity in it. True joy has to contain love, compassion, and equanimity. And true equanimity has to have love, compassion, and joy in it. This is the interbeing nature of the immeasurable love. We must look deeply and practice them for ourselves to bring these four aspects of love into our own lives and into the lives of those we love. How can we help others to find happiness? One way is through the practice of the immeasurable love.

Join us in this three hour conversation to redevelop a deeper richer meaning of love and the fullness of life.

Hell
This pivotal conversation emphasizes that until Christians deal with their false notion of hell, their capacity to love and trust God is seriously compromised. Such a belief aims the whole Christian life in a fear-based direction and with a narrow win/lose worldview that only appeals to the ego. This view of hell makes God much smaller than the teaching of Jesus reveals. Love cannot happen through threat, punishment, or demand. God’s ways are much more subtle and true. The largely medieval notion of hell that many Christians hold to this day makes mystical union with God largely impossible and even undesirable. This conversation uses Scripture, the Fathers and mystics of the Church, philosophy, and psychology to demonstrate that Divine Love is stronger than death or sin. That is the summary point of the Gospel. God’s victory, revealed in Jesus’ resurrection, is a victory for all of creation!

This is a two hour conversation to serve as a beginning study for those wishing to explore deeper questions.

Prices are dependent on number of participants, location, and client needs.